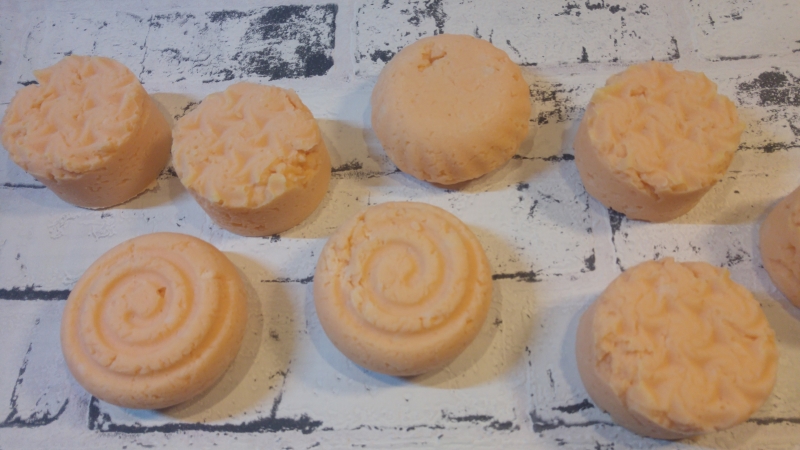 new year, new challenges! Try something new – TODAY! And because it’s fricking cold outside, it had to be some kind of hot stuff. Well, you might already guess where the route is taking us – HOT PROCESS. Crockpot hot process, to be exact. I had recently bought one at an unbeatable price, and the time had come to give it  a try and find out if it would stay with me or had to leave and find a new home at some other soapmaker’s home.

Last year, my friends had given me a present for my 21st 29th birthday (which is in the middle of February, and I am really grateful we could celebrate then, with about 20 people, family, friends – feels like ages, because shortly after that date, C19 measures hit with full force and made convivial gatherings impossible). The present was a soapmaking course for the three of us, ! Remember, it was February, I had just started my soapmaking journey in January, thus making it the perfect gift. Who could know that we would have to wait until September to be able to do it?

To cut a long story short – one of the recipes we created on the second day was a highly superfatted soap to be used in the shower. The German word for this kind of soap is “Duschbutter”. Dusch(e) means “shower” and Butter ist just butter, like in body butter. The trick is the enormous percentage of superfatting – in our case, it was about 50%! This is a lot, even for German soapmakers, who usually like to have their SF rate at a higher level than in any other country in the whole world 🙂

Our original recipe then was 420 g of cocoa butter added to a soap batter of 780 g. Because maths is not my core competence, I tweaked the recipe and decided, it would be fine to have 250 g cocoa butter on 500 g of oils. I melted the coconut oil directly in the crockpot, added the olive oil and the lye and blended until trace was reached:

Then I turned the heat a wee bit higher – see the change in the texture of the soap batter? When you stir and scrape down the walls of the crockpot’s insert, you can see how the soap batter starts to go into a jelly texture: These pics are taken when the soap batter had a temperature of about 80° Celsius (approx. 176°F). I was expecting to see the soap turn in a foamy mass and try to climb out of the post, but nothing happened. I later learned that this volcano-effect happens mostly when the temperature exceeds 100°C and the water used to dissolve the lye starts to boil. This makes the soap “erupt”. But at 80°, it kept gelling merrily and without any caustic suprises.

It goes from potatoe mash: and because it had spent almost one hour in the pot when this picture was taken (and it was already 1.30 a.m.), I decided to call it a day and finish the production process adding some sour cream (I heard that adding sour cream or yoghurt or something like that makes the batter more smooth) and, of course – the cocoa butter. I had chosen a fragrance called “fresh mango” to go into that soap, so the colour had to be some kind of orange hue: Theoretically, the hot processed soap is fully saponified after the process, which – theoretically – would make it safe to use (my soap was, I am a great aficionado of licking my soap – aka zap testing). Nevertheless, a curing time also makes hot process soap better. Has got something to do with building of crystalline structures inside the soap. Remember, chemically soap is a mix of sodium salts of the fatty acids used for making the soap. It loses water during the curing process, making it harder and invisibly more “aligned”.

On special request I used a scrap of the unmoulded soap for a “lather it up”-picture: No big bubbles, but a creamy, soft lather. It will turn out to be even nicer once it had the chance to reach maturity.